Rounding up the hormones that make ovulation possible is gonadotropin-releasing hormone (GnRH). This tongue twister of a hormone is also known as luliberin and “luteinizing-hormone releasing hormone.” The third (and no easier to say) name for GnRH gives you a clue into exactly what this little hormone does. 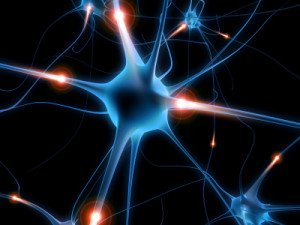 Gonadotropin-releasing hormone is a neurohormone, meaning it's produced in a certain neural cell. It's secreted by the cell in pulses. Once secreted it acts on the pituitary gland, giving it commands to release other hormones vital to your cycle.

You, however, are a different story! The frequency at which the GnRH pulse occurs determines which hormone is released when. Low frequency release FSH. The frequency then turns to a high pulse which signals LH to release.

There is a surge in GnRH just before ovulation – not surprisingly, since that's when your FSH and LH are also surging.

GnRH is a key player in human fertility because it controls so much. Because it determines when LH and FSH are going to release it controls the growth of follicles, ovulation, and the transformation and continuation of the corpus luteum. It's vital to maturation of sperm in men.

Unlike FSH and LH, GnRH doesn't really play much of a part in home fertility testing and monitoring, though some clinical tests and treatments focus on it.